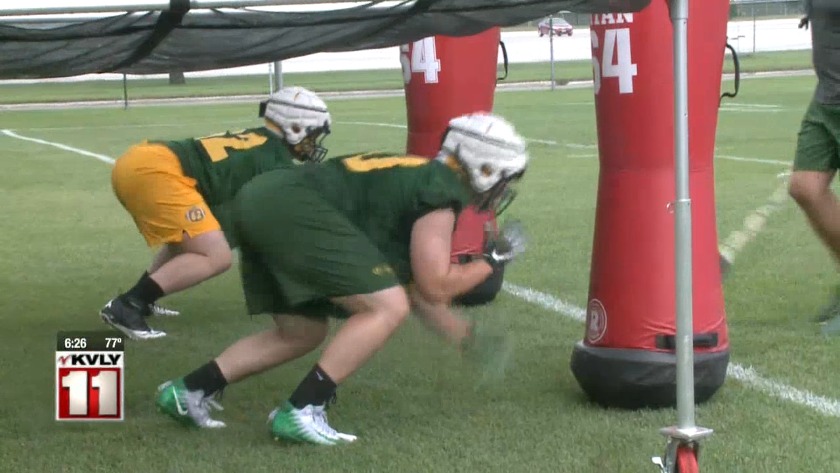 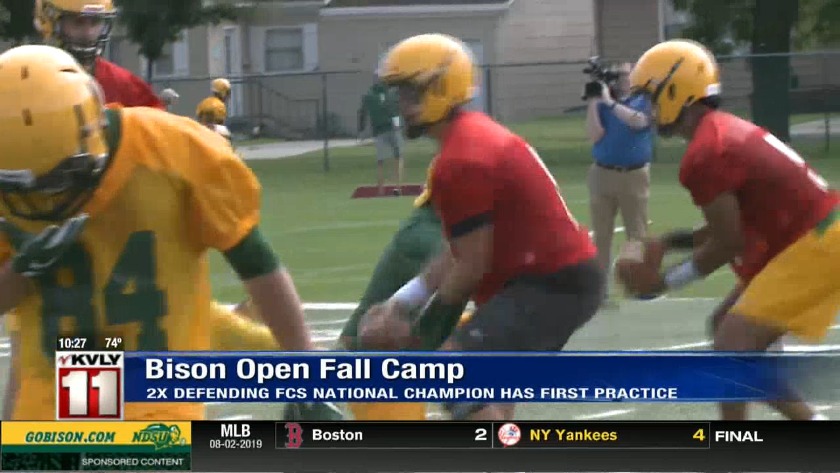 The Bison will have a few questions to answer as the season begins, mainly at the quarterback spot. First year Head Coach Matt Entz has not yet named a starter and has previously said the job is up for grabs.
He did get a chance to evaluate the guys competing for the spot Friday, and will continue to do so during Fall Camp.

"I sat in quarterback meetings this morning just so I had an idea of what the install was going to be. I'll go in and watch film with the offensive staff just so I have a good idea," Entz said adding he will keep communicating with Quarterbacks Coach Randy Hedberg and Offensive Coordinator Tyler Roehl.

As for the first day of camp in a general sense, Entz was pleased with the energy and the enthusiasm he saw out of the team.

"All the things you thought you'd see today. A lot of energy, excitement, our veterans coaching the young kids was there," Entz said. "Were there plenty of mistakes? Of course there were. (There was) a lot of great coaching going on, I'm excited about that and we're still excited about the energy but our kids know that we've got to continue to improve every day and that includes the next 24 practices."