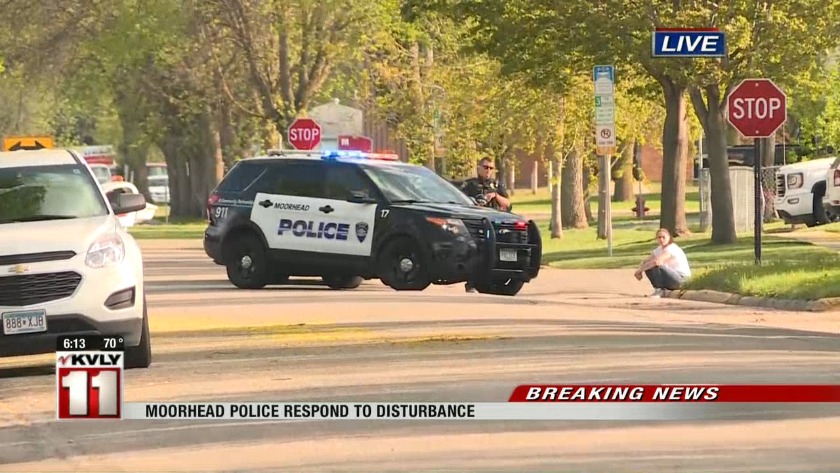 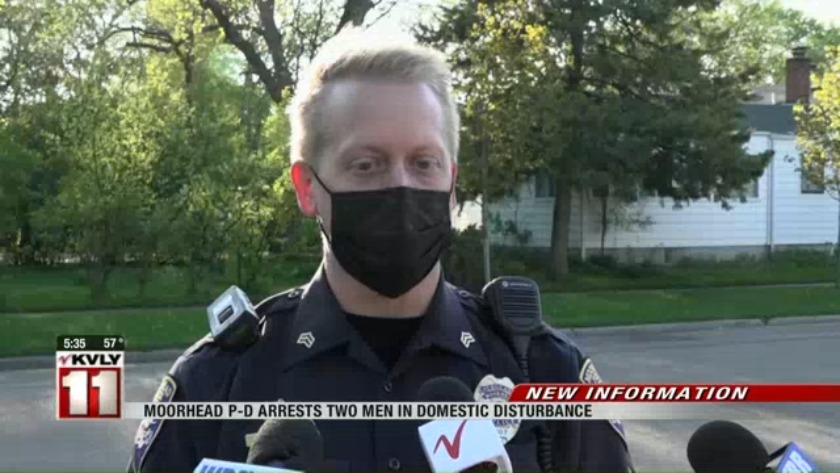 MOORHEAD, Minn. (Valley News Live) - There's new information on a disturbance in Moorhead involving a gun: Two men have now been arrested after police surrounded a south side home around 5:30 Wednesday night.

It all started with a call from someone who said a man had pointed a gun at them at a home in the 400 block of 16th Street South. Officers had guns drawn and ordered people inside the house to come out. Four adults did, then officers went inside and say they found two more people hiding.

Police say no shots were fired and no one was seriously hurt.

UPDATE: Moorhead Police responded to the 400 block of 16th Street S for the call of a disturbance around 6 p.m. Wednesday.

A man called to report that he had a gun pointed at him and was being threatened.

"The person that was reporting it said that he had been over at this house," Sgt. Joel Voxland said. "There was a disturbance that happened. Everybody in the house, including the person who has a gun pointed at him, they all know each other. They are acquaintances. During the disturbance, he said that he has a gun pointed at him and was threatened with a gun so that prompted our response."

When officers arrived on scene, they blocked off the street. Officials were seen with shields and guns drawn.

No injuries were reported.

The incident is under investigation.

Moorhead police currently have an area in the 400 block of 16th St S blocked off.

A Valley News Live reporter on scene said officers have their guns drawn.

Police reportedly responded to some sort of disturbance.

Our reporter also said two men were placed in handcuffs.

Stay with Valley News Live as this is a developing story.