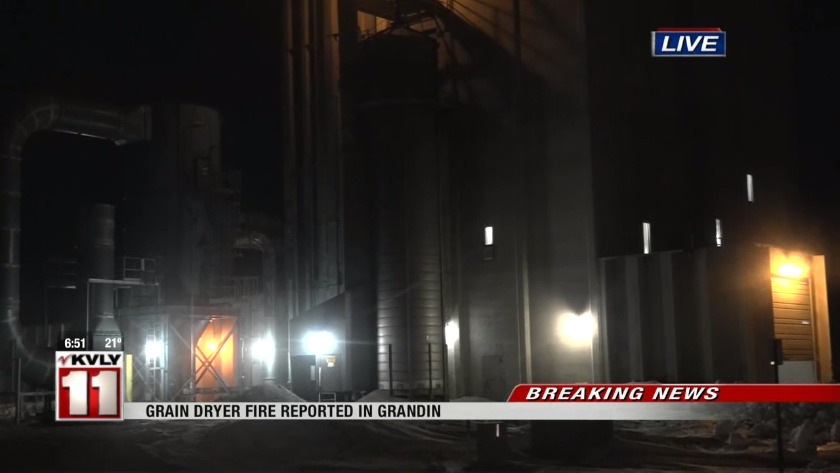 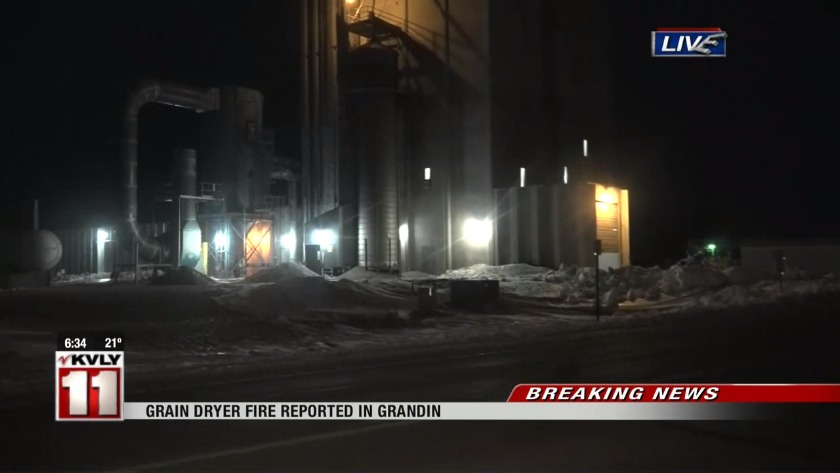 GRANDIN, ND (Valley News Live) - UPDATE: CHS employees are still moving grain away from the grain dryer and venting the area after it caught fire around 5 a.m.

When crews arrived on scene at the Sunflower Processing and Shipping plant, flames were coming from the dryer.

The Trail County Sheriffs Department we’re called in for traffic control, but that was called off shortly after the flames were put out.

Fire crews sifted through the grain and removed it from the dryer.

All employees were accounted for and safe. They were allowed back into the plant to continue their work day.

Original:
Fire crews are on scene of a grain dryer fire in Grandin, ND.

The call came in around 5 Monday morning, and troopers say when they arrived, flames were shooting out the building.

Firefighters are still on scene as of this writing, monitoring for hot spots and venting the building.

Employees were evacuated and no one was injured.

Stay with Valley News Live as we learn more on this fire.