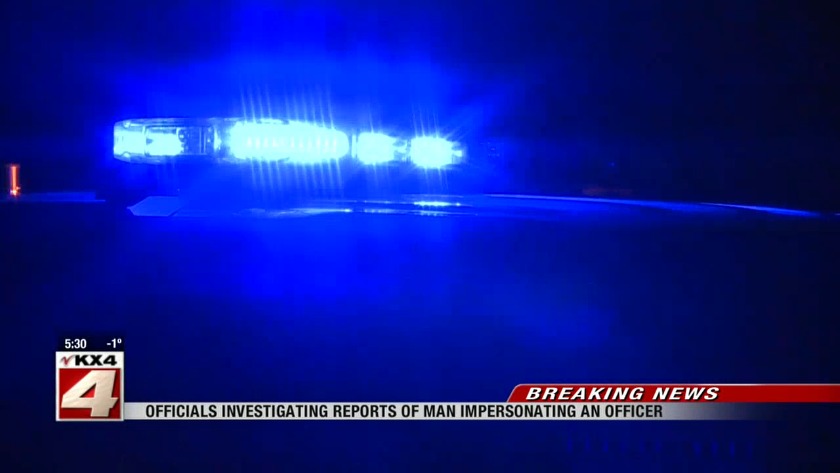 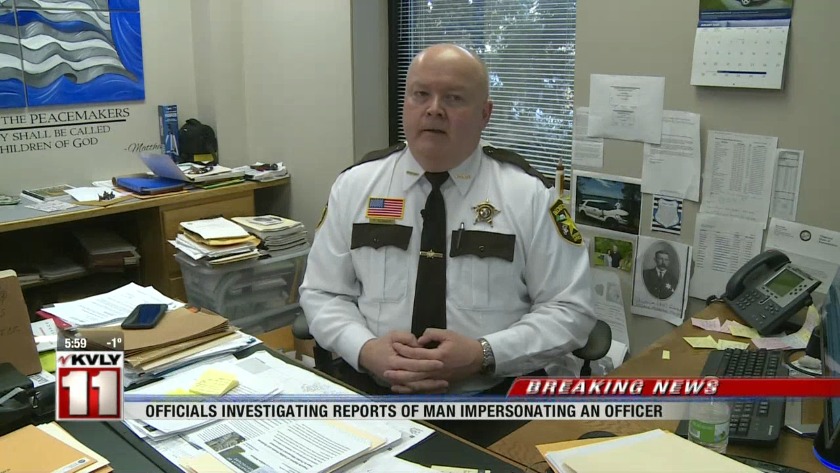 UPDATE:
The Clay County Sheriff investigated the traffic stop in Hitterdal that was reported as someone impersonating an officer. They determined that that particular traffic stop was an officer in a fully marked patrol vehicle and uniform.

Officials say two more reports are being investigated: One said to happen at the Becker and Clay county lines around 8:45 Monday night, and another possible incident in Becker County. However, Sheriff Todd Glander says his deputies are still trying to verify that report.

12:00pm Tuesday Update: The Becker County Sheriff's Office says as of noon on Tuesday they have now taken a third report of a man impersonating an officer.

Deputies say a third person claims they were pulled over sometime Monday night near the Becker County and Clay County line.

Deputies have not yet released further information on this third report, stick with Valley News Live as more develops on this story.

UPDATE: Clay County Sheriff Mark Empting says around 7:30 Monday night, they took a report from a woman who said she was pulled over by a man pretending to be an officer.

The woman told deputies she was driving on County Road 26 in Hitterdal when a white unmarked SUV pulled her over. The woman says the man asked her for her ID, told her she needed to slow down and then left.

Deputies are asking for any businesses or anyone living in this area to come forward if your home security cameras picked up this encounter.

ORIGINAL: A second report of a person being pulled over by a fake law enforcement officer in the Red River Valley is now surfacing.

The Clay County Sheriff's Department says it took a report of someone being pulled over by Hitterdal sometime in the evening of Monday, Jan. 13.

This comes at the same time a woman reported being pulled over by a fake officer near Lake Park in Becker County.

Those two towns are 14 miles apart by county roads.

The woman in Lake Park said she was pulled over by someone in a white Jeep that had flashing lights that looked like police lights.

When that woman questioned the man, he got back in his vehicle and took off. We have attached that full story under the 'related links' section of this story.

If you think you're being stopped by someone who isn't a legitimate law enforcement officer, you should call 911 right away.